Maverick shared his idea with Nojarq while they were headed towards their little town they used to live back in the day.

A hosting was bought from hosted4.com and throughout the whole test month, the server mod has been created and getting ready for testing.

In the similar server we played before there were things that we really hated, so we decided they should never exist in our server.
1. Admins should not consider themselves as something more than the players and should not be arrogant.
2. The players should be allowed freedom of speech without being censored.
3. No admins are allowed to directly change the map. Not even Head Admins.
4. Players must be able to become VIP for free.
5. Hooks will never be added in this server!

The steam group comes into existence and it was used as a forum for around 6 months. It hosted our first admin application and free VIP initiative.

After enough testing of the plugins, the server was finally ready for launching. Around 11 PM the server was ordered from Gameservers.bg, all files have been moved at the new hosting and Awesome Cars + Fun Maps was officially born.

Around 15 days of shooting and editing video with the help of Nojarq the trailer was live and ready to catch new players. 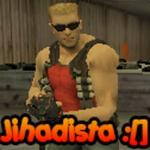 Jihadista :[] has been invited to checkout our new server. Shortly thereafter he became the first VIP of the server.

After some research, we found that Gametracker.rs was the only place to go for new players and it was decided that the 20€ are well worth it. In result of that, the Server was full almost all the time for a month.

Many remember this period with nostalgia, as the best times they ever had in the server with so many people coming. Such as Saad, HeaD|RolleR, Khraz, Elite[N]o[N]ame=D, *Mr.Fantastic*, LOLUMAD and many many more. The server was full of players long after the great boost. Also around that time, the server crashed a lot, but that didn't stop players to join again. New admins were appointed to keep things under control and everyone had fun pissing around on everybody or all over the map!

Super VIP was given to those who boost the server and 500 kills for free VIP was introduced. Around that time LOLUMAD was appointed to be Admin in the server.

In the beginning there was no need of rules except for the basic one of "no cheating", but oh boy was I wrong. After a while that lack of rules backfired in the server. Nonetheless we come a long way since then.

It was decided that steam group cannot fulfill our needs. So awesomecs.prophpbb.com was created to be the new home for our community.

Help Admin and later Admin by SMS boost was introduced as a measure against the empty server. A decision that later will lead to a big crisis.

A new plugin was introduced to help bring new players to the empty server at the time. It gives players free VIP automatically after they reach 500 kills. It was a good idea at first and everything was fine for a time, but then the server became overflooded with VIPs, many of which ware kids with toxic behavior. Something needed to be changed so we can #MakeAwesomeCarsGreatAgain!

It did not took much time before first big problem occurs, which was in the face of Neiko. After he became Admin by SMS he was reported for abusing his power. Neikooo banned another player for 15 minutes because the player called him "noob". After that event, LOLUMAD stated constantly to harass him even though he was already punished.
The struggle was real and immediate action was necessary to keep the server under control. The controversy ended with both Neikooo and Lolumad being punished. Neikoo has been turned into Premium VIP and LOLUMAD has lost his Admin rights for a week.

After the events with Neikooo it became clear that we need to have some order in the server, without abusing our power as authorities and at the same time keeping the freedom that we promised to have since the creation of the server. It was about time, a new RULES to take place in order to keep everyone in check.

Nojarq has created his first map for the server. It's a knife map with big open area, vehicles and a lot of things to explore. The main feature is Nojarq's throne room with pictures on the walls of all current admins at that time.

After Neikooo controversy, there was no more admin privileges for a boosting the server. Premium VIP has come with a little extra flags.

It was late January. Lolumad reached the highest level of toxicity after the new innovations Maverick made to the server. Refusing to accept any of the new changes, he turned against Maverick and started to lead his "supporters" in the forum to help him prove his point. Didn't take long for things to escalate with Lolumad turning against the other admins - starting with Saad, Nojarq and Head|Roller.
The server was on the brink of a Civil War divided between The Admins and Lolumad with his gang members. After *Mr.Fantastic* presented new evidence against Lolumad's behavior, the admin side prevailed and his rebellion was overthrown. After these events, some of Lolumad's gang members disappeared, *Mr.Fantastic* was promoted to admin due to the part he played for ending the war and the server was once again peaceful place... for some time.

The Inavasion of 12 Year Old Kids

A month after the Civil war the server was once again in disorder. A new treat arises on the horizon in the form of the most hated enemy by LOLIOMAD - 12 years old kids. "We have to do SOMETHING and do it FAST!" is what he said, but there is nothing to be done.

First was suggested by Black Panther, then there was a vote if we should have it. At end it was decided that it can only help us get a better recognition.

Night Deathmatch was active for quite a while, but then I decided to make the server more popular than only cars by adding classic mode which took place after 10PM and then at 11PM deathmatch started. After some time classic mode was voted out and on Feb 2018, Deathmatch was gone forever.

It was announced that all Prophpbb forums will be migrated to Tapatalk Groups including ours, which required money to be invested into buying something that we actually own ourselves. That's how the new forum came to existence and it's better than ever.

While ArtiseXplosion was an admin he proposed a great initiative, it was a way to deal with the server being empty. Since then only Maverick remains to regularly boost the server and result has been great.

Once again we had a big crysis with giving too much power in the hands of the unworthy. Ammar was the prime example that players shouldn't be given power. Premium VIP was a mistake from the beginning and Ammar with his abusive behaviour shows that.The VIP needs to be changed. Since the last Admin Council with Nojarq it was decided we will never do this mistake again. The whole VIP system has been reworked.

By far the bigest topic is about new player skins, in which lots of opinion were left in favor of new ones. Maverick's rejection lead to LOLUMAD giving up on the server later on.

For the first time since the beginning of the server, a new Head Admin has been appointed. For his contribution as Admin for more than two years, Mr.Roller has been promoted.

First announced in October of 2017, the new map of Nojarq was has overcome many difficulties on its road, but after a couple of months, it was finally ready to be released. Nojarq_neighborhood is a big open area map with houses, tunnels and a lot of things to explore.

An idea of having our own thing like a talk show or some way of connecting us to the community and everyone gets a better understanding of who is behind the scenes along with discussing important server stuff.

The Fall of the Support

The roots of this, not so happy story starts in the spring of 2016 with we offering, a completely unique position in our team for Saad. And for a while, everything went well until Maverick decided to make FURY support as well. Since then nothing has been the same and the things blew up by the time she applied for admin.

Biggest Ranker of them all

100k kills achievement was accomplished by LOLUMAD at the beginning of February and it took the server about 3 years of existence for that to happen. Until this day no one has come even close to reaching his score.

Sashkata has been let down

The first time he applied for test admin was at the beginning of the year. He became such in March, but after seeing what he was capable of, he was rejected by the team. Later one he did it again and that one time it sparked disagreement between Maverick and his own team, the reason being only the cat was against his second application and he didn't got it.

That one time when Saad was catfished

Originally suggested by Onur, Maverick was not very excited about it, but because of the global pandemic of Coronavirus or his hard work to notify everyone, the server population has increased significantly over this period. Although we don't know how long it will continue this is a wholesome thing to witness.

The story begins a bit earlier when fun da king, applied for an admin and got rejected by the majority of the admins. Then out of resentment or pure anger towards anyone he didn't like, he decided on the night of the 4th April he with his friend will give everyone what they deserve. Since then he has been pwn banned and nowhere to be seen.

jesse_pinkman has been a regular player since the beginning of the server, later one he became an AwesomeVIP and remain such for years, longest VIP player in fact, he never broke any rule, he didn't wanted to become admin, he truly enjoyed this server even when it was empty. With his loss, we lost a part of the server with it, nothing will be the same without you my friend.

The Day You Join Awesome Cars!

We are well known internationally Counter-Strike 1.6 server, leader in so-called "Vehicle War" mode of the game with more than 20 000 players worldwide.